Here is the history of TEAM BLOOD & BONES in The Game! 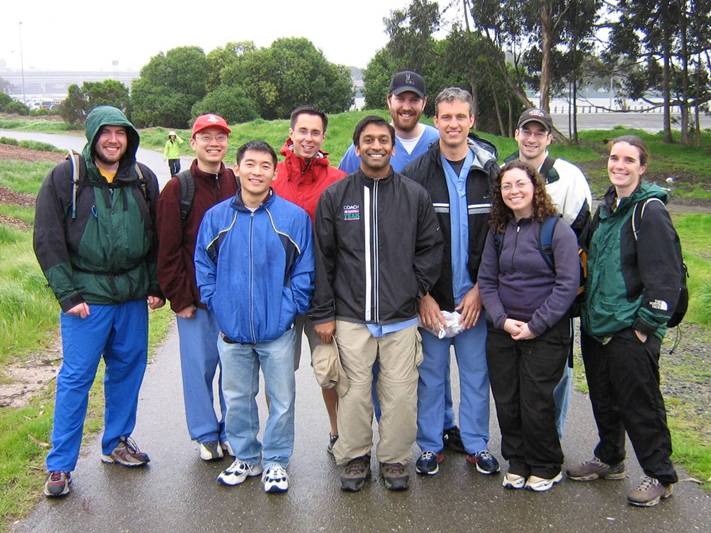 Team Blood & Bones was formed by Rich Bragg in early 2001 after a discussion with Mike Holzbaur, who had noticed "The Game" listed in Stanford Magazine as one of the "101 Things You Must Do Before Graduating", and Ajit Chaudhari, who had previously competed in an earlier rookie game, the Green Game (November 1997). The team is so named due to the fact that many of the team members are past or present students in the Stanford Biomechanical Engineering Division, which includes the study of both blood and bones, among other things. To distinguish our team from the many other talented teams out there, we are known for wearing blue surgical scrubs.

There are several good sites out there that describe The Game, so I'll leave that to them...
Here are a few of the best: ï¿½The Gameï¿½ Wikipedia Page, Snitch's Game Site, Snout's Game Site, T-Hunts.com, RoadRally.org, GameControl.com.

If you want a slightly more satisfying taste of The Game, be sure to check out the latest SnoutCast episode or compete online against others in the community in the Shinteki Puzzle of the Month.

There is also a Puzzle Hunt Forum for community discussions and announcements.

Finally, to get a (somewhat outdated) idea of what supplies we bring to The Game, here is our supplies checklist.